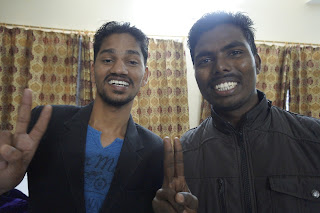 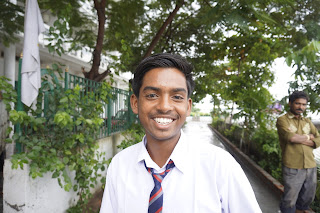 The students who took the JLPT test on December 2016 received their results at the end of January 2017.

Chanesh and Niraj came to see me early in the morning when the results were declared.

I was wondering why they were smiling.

I asked them "Maybe the result of JLPT would be declared till 10 am today, so would you like to check it?"

Then, "We've got the result!  It was 10 am in Japanese time when the result was declared. Thank you, madam!" they said and touched my feet as an expression of traditional Indian gratitude.

Other students couldn't pass the test.

One of them, Rahul couldn't pass the test due to lack of only one point, even though it was the first time for him.

Everyone has started studying for the test in July.

I'll try my best so that more students can pass the test next time.

Now, we are going to challenge for N2 level!

Please pray for our success!

My children took the JLPT test in December, and all of them passed.

They study in English and Hindi in India, and they study Japanese by themselves.

Especially, elder son wants to study in a university in Japan, so he is going to take N1 next time.

Of course, he is going to take the special exam as a student who had their education oversea.

He has to write essays in Japanese in the exam.

I'm always so busy for teaching Japanese language to my students and don't have much time to teach my own children, but I'll try to teach them too.