Ex-student, aiming to become a cricketer! 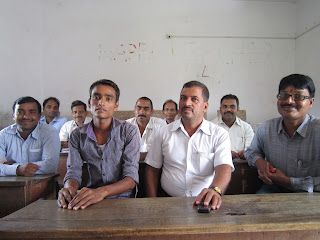 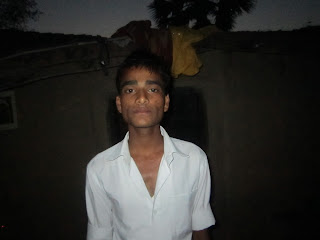 Ex-student, aiming to become a cricketer!

On 29th August 2013, we sent Premjeet who is an ex-student (graduate of our school in class 2012) to Ranchi in Jharkand state next to Bihar.

He will take a training to become a professional cricketer there.

To be a cricketer is his future dream since he was a child.

I and teachers discussed many times about his cricket training, there were argument both for and against it because he has been studying in an institute aiming for IIT.

Once he stops to study, recovering study is very hard.
While he takes the 6 months of training, he won't keep up with his study had been continued 12 years.

He had come many times to see me, and  "This is my last chance" he said.

I talked to principal and we decided a rule that he will take a test of cricket with principal and if he won he can get a permission to go to the training.

The result of the test was....he was defeated by principal.(the principal is good at playing cricket though)

I and principal thought he will give up.

He came to see me again on the day 2 days before the closing day of the application.

I gave up to make him give up by his passion.

I gave a condition to him instead of a permission of the training.

The condition is to take tuition class and to continue study in Ranchi with the training.

I told him about hardness of the reality that only a handful of people can become professional cricketer, and there is seldom possibility to pass to go to upper league even after taking 6 months training.

He went to Ranchi, and found a room to stay and tuition class too.  It was first time for him being and doing anything alone without family.

The training monthly fee is surprisingly cheap, but it is almost half of his family's monthly income.

He bellowed a bag from a teacher to bring his cloths.

I've heard that some teachers said that madam(me) is too much kind for him about giving permission of the training.

In fact, I would like to give him a chance to learn the hardness of the reality.

It is easier to remain dream as a dream, but it comes to realizing a dream, you will experience of pain of failure.

You can pretend and excuse with any reason or condition if you leave your dream as a dream ever.

I also experienced many failures through challenging dreams come true.

Those pain memories gave me good chances to train my foot to walk on the road of life.

I hope that he will be stronger person going forward and doing his best even he experience painful time in any situation.

I was looking him since he was 6 years old, and I saw him off feeling like myself as his mother.

Email ThisBlogThis!Share to TwitterShare to FacebookShare to Pinterest
Labels: Ex-students

Marriage of the students 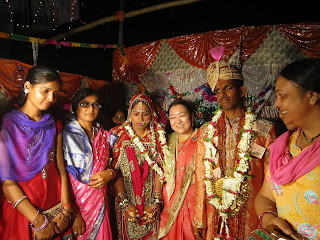 Marriage of the students

In May 2013, there were wedding ceremonies of our few ex-students continuously after Pinky madam (sewing class teacher).  May is one of the most big marriage season in all India.

Pinky madam was an assistant teacher of sewing class, is middle of 20s, have trained herself cooking and housework etc. to get marry, and wishing to marry in her this age.  She was glad to have her husband to be.  Of course, he was selected by her relatives and her parents.


Despite being illegal, child marriage is common in rural area in India still now. Here the area around Bodhgaya is also same.  It is said that villagers have marriage ceremony twice.  First time in their childhood (around 8 years old), second time after girl had started menstruation (around 11 to 15 years old), before that time girls live with their parents, after starting menstruation girls shift to husband's house.  Who to marry is depend on their parents.  I think that the reason why this kind of customs have been kept is to maintain marriage between same caste.  If boys and girls fall in love by their own mind, the person who he/she loves doesn't necessarily always same caste, rather, the possibility that he/she is same caste is lower.  So, I think that parents in villages force to marry their children with same caste before the children become to have feeling of love.

Many girl students quit our school because of marriage forced by their parents between 13 to 15 years old till now.  An ex-student who married in 13 years old became a mother of 2 children now, and one of them admitted to our school this year.  An ex-student S married in 16 years old, could take matriculation exam on the next day of her wedding ceremony, but gave up higher education.  Her husband and his family didn't allow her to take higher education.  She was good at study, and had been forced to marry without her agreement, she is hard to accept her marriage life still now.

I and teachers have explained to the parents of our students about the problems of child marriage and its illegality many times on some occasions.  The ex-students who married in 18 years old and their parents understood and kept the promise between us.

Pinky madam who is 20s trained herself to be a good bride.  And the ex-students in 18 years old seemed to have fears and embarrassment, but accepted their marriage arranged by their parents with slight of hope and feeling of giving up.

A few years of difference.

2 to 5 years.  If the parents could wait untill their children become adult enough by both of mind and body, how their children could marry happily...

I hope they can live happily with their partners and new families.  I sent them into new life with prayer. 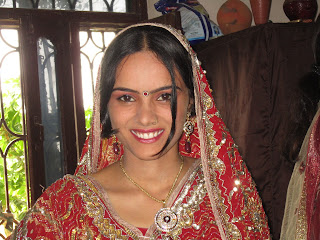 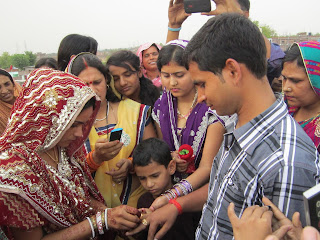 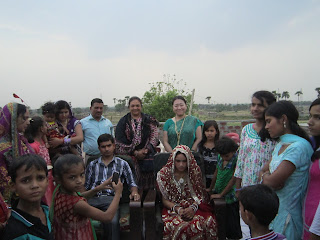 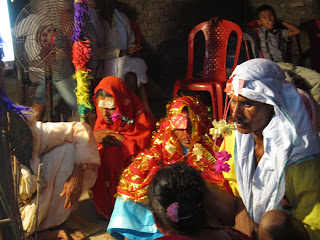 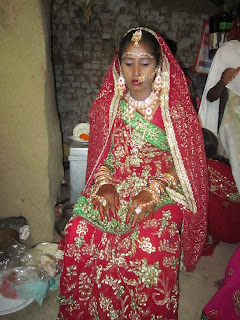 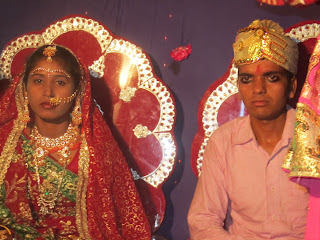 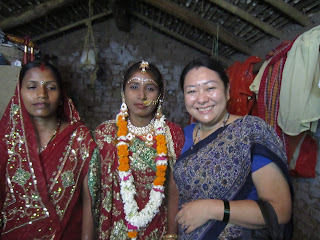 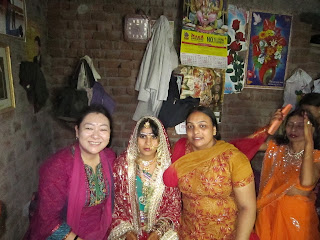 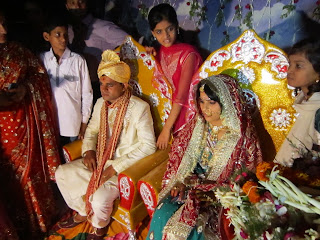 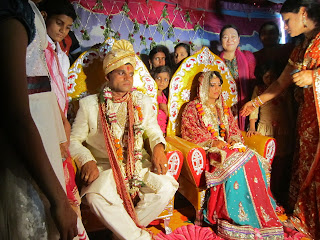