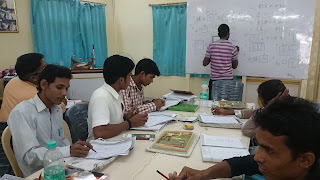 (JLPT is a test of Japanese language for foreigners. There are 5 levels of N5 to N1. N5 is for beginners and N1 is for professional level.)

I held an intensive course for 3 times for them during their spring vacation in March and April.
First term: 8th to 17th March
Second term: 25th to 31st March
Third term: 9th to 22nd April

We use mainly "GenkiI and GankiII" as the texts for our class. The students for N4 had already studied both books one time last year.  And the students for N5 had also studied Genki I last year, but there were a few new students joined our class, so we revised from the beginning of Genki I again.

The reason why I use "Genki" as a textbook is that it has translations in English on each sentences, and it has also grammar explanations in English, so the students who can understand English can study by themselves through the textbook.  The stories appear in it are very familiar to us that are related with usual life,  and they cover various grammars naturally along with them.  And further more, there are plenty of practice questions in the book, and there are workbooks for extra practices.  I think it is very useful.

There was a big festival of India, "Holi" between the end of the first term and the beginning of the second term.  Holi is a festival we splash colored water to family members and friends for a few days.  And then you can guess what happened.  All the students were so exhausted that the speed of our class became down than usual speed to learn.  But anyways, we completed revising Genki I during the second term.  It was too easy for the students for N4, but sometimes we found their mistakes or some words they forgot during the lessons, so I think it was good revision form them.

And, in the third term, we went through Genki II with both of the students for N4 and N5.  Although the students for N4 had already learned Genki II and they know its contents, we had vocabulary test and Kanji (Chinese character) test everyday, and it was good for them to gain more knowledge.  In the third term I taught them with Hindi translations directly without English.  The way was efficient to understand Japanese grammar because the position of nouns and verbs, etc. are very similar in Japanese and in Hindi.  And the changing styles of verbs in Hindi also pretty much same as in Japanese.  So, it is more easier to understand with Hindi translation especially for the students who aren't good at English.

Now(In the end of April), it is 40 to 45 degree Celsius here in Bodhgaya.  It was only around 30 degree Celsius in the beginning of March.  After entering April, the temperature became soaring high rapidly.  It is said that the temperature in all India this year is higher than past few years, and it caused that many people died by the hotness till now this year.  In such weather, some of the students got cold by studying in the classroom with Air conditioner.  One of them said that he wants to wear sweater.  For me as a Japanese, it was not so cold in the room because the air conditioners were old and had to be repaired.  They felt so cold in the room with air conditioners, because they have special DNA inherited from their ancestors for thousands years in this hottest area.  A few students came to our class by bicycle in this hotness.  All the students had done very well.

We had sample tests for 5 times for N4 and N5 during the whole terms.  I will write about the results in the next blog. 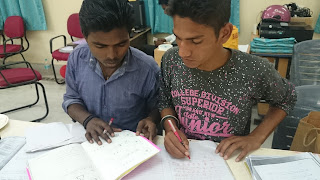 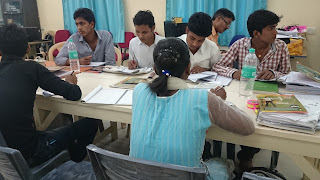 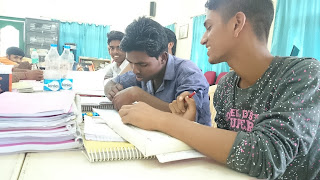 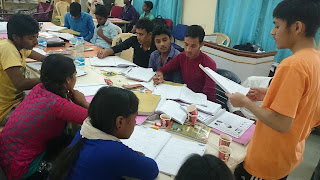 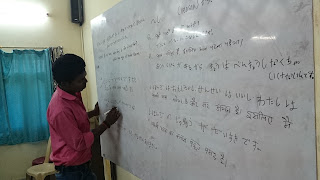 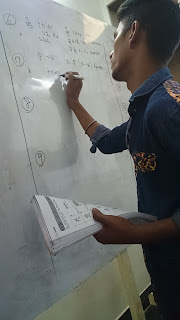 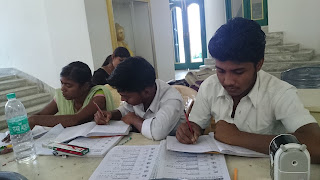 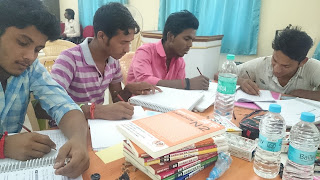