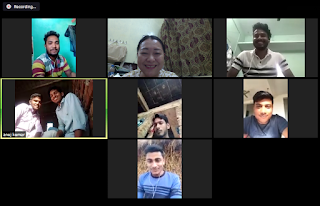 各クラスのレッスンビデオは以前ブログでご紹介しました。
I introduced about the lesson videos of each class in the previous blog.

今回はZoomアプリを使ってのビデオ会議の授業をご紹介します！
This time, I am going to show you the online classes by using Zoom application!

N3に合格すれば、インドにある日系企業の工場で
通訳として就職出来ます。
If a person passes N3, he can work as an interpreter
in Japanese company's factory in India.

日常会話には困りません。
He can communicate sufficiently while having daily conversation.

If a student passes N2, then he/she can understand
very difficult words and the amount of Kanji he/she can read also increases.

N１に合格すれば、能力次第では、
通訳として日本の会社に就職することも可能です。
If a student passes N1, although depending on his ability,
he is able to work in a Japanese company in Japan.

高校生レベルの文章が理解出来ます。
新聞も読めます。
He can understand the high school level sentences.
He can also read newspaper in Japanese.

7月に予定されている日本語能力試験、
果たして開催されるのかどうか・・・・
I'm not sure whether JLPT exam in July will still be held or not....

4月6日に開催するかどうか発表されるそうです。
7月に試験があるかどうか、それに関係なく、
ブッダガヤ日本語教室の生徒たちは一生懸命勉強に励んでいます。
I heard that it will be announced if the JLPT exam will be held in July or not on 6th April.
Nevertheless, The students of BNC are studying very hard.

携帯電話のシグナルの強弱が、機種や地域によって様々で、
オンラインで授業が出来る生徒は一部ですが、
出来るだけ録画して生徒全員が学べるよう、
環境を整えて行きたいと思っています。
The strength of internet's signal depends on the type of phone the student's use
and the area where they live,
so a very limited number of students can attend the online classes,
but, by recording videos of the lessons while teaching and sending it to all the students, we are trying to maintain their study environment.

ロックダウン中も、とても忙しいです。
頑張ります！
So I'm really busy like this even during the Lockdown.
but I will do my best!

インド・ロックダウン（全国都市封鎖）二日目となりました。
It is the second day after India's Lock Down has started.

Before the lockdown started,
Bihar State government ordered to close all educational organisations till March 31,
Due to that BNC(Bodhgaya Nihongo class) has
decided to close the classes and switched to online video lessons that the students can view at home and learn from, while practicing social distancing.

授業のビデオを撮影して、
生徒たちにワッツアップ（ラインのようなアプリ）で
リンクを共有して、自宅で学習してもらっています。
Teachers record the lessons
and share the link on whatsapp (it's a lot like the LINE app),
through which the students can study at home. 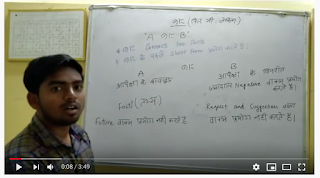 それぞれのクラスの担当教師が授業のビデオを作り、
可能なクラスはZoomを使ってビデオ会議で
質疑応答をしています。
Each teacher in charge makes video lessons,
hold Q&A session by Zoom if the class is possible.

ワッツアップのグループでそれぞれのクラス毎に
宿題も出しています。
The teachers give the homework to students
in their respective whatsapp group.

ロックダウンで、自宅で何をして過ごそうかと考えている人もいるようですが、
ブッダガヤ日本語教室の教師たちは授業のビデオを撮影したり、
宿題のチェックをしたり、生徒の質問に答えたり、大忙しです。
Due to Lockdown, some people say they don't know what they should do at home,
but BNC teachers are very busy: recording lessons, checking homework, answering questions from the students.

ここに挙げているのはその一部です。
Here are some part of the lessons.

ロックダウンの前まで、N１の授業は５名だけ一緒に勉強していました。
Before lockdown, I taught N1 class to 5 students.

However, due to lockdown, although they live quite nearby in the hostel,
I changed the class into Online lesson using Zoom,

その様子は次のブログでお伝えします。
I will tell you about the situation of N1 Zoom class next time!

Second day also, they had classes at Surya Bharti School as volunteer.

The first and the second grade students were together.

They had classes in which they didn't had on the day before the day.

So all the students got chance to have teaching from them!

Singing "If you happy and crap your hands" in Japanese,
folding air plane and balloon with Origami paper,
The students were so happy with them!

Enjoy and find their smiles on the video!

In the morning of the first day of Angel Aid Study tour,
they had classes for the students in Surya Bharti School as volunteer.

And, they visited the students' villages in the afternoon.

Mrs.F teaches a student A who graduated from Surya Bharti school Japanese by skype.

She used to be a principal.

She could meet A's family in this tour!

And Ms.R teaches a student S by skype.

Sunil told her "Please come to India!"
so she came she said.

We visited his house too!

He went to Japan in last December and
he met Mrs.F and Ms.R there!

We visited his house too.

He played his drum for welcoming us!

And an ex-student D is a player of MMA(Mixed Martial Arts).

A few years ago, he asked me for his scholarship for the  wrestling academy.
It was so expensive and we couldn't give him scholarship.

Even though, he's never given up his dream,
studying and working as part time job,
he continued to go to training gym.

His coach supported him for his talent,
he was able to win in 59 kg MMA championship over India.

He wasn't the AAA scholarship student,
but his house was very near to other students,
so we visited his house too.

Surprisingly, he made his training tools by himself in the house.

We were very pleased to see his efforts!

He had leg fracture in a bike accident last year.

He continued study while he go in and out from
the hospital repeatedly for the treatment,
he passed JLPT N5.

He couldn't pass N4 last time, but it was close,
he studies in N3 class now.

We found mustard seeds dried on his roof.

Sunset view from the roof with whole village was so beautiful!

And we visited the houses of ex-student A who has target to enter IIT,
and M who studies Japanese now.
They are neighbours.

M had college exam on that day, he came back home late,
so we visited A's house while waiting M.

A got very excellent marks in JEE-Mains held in January.

And he will challenge JEE-Adbance too!

She could meet M's family!

It was the first day of the study tour,
starting from teaching in the school,
visiting 7 students' houses, so it was very busy day.

In the night, we went to attend a wedding party
of ex-students of Bodhgaya Nihongo Class...!

On 5th Feb. 2020, 6 Japanese came to Bodhgaya,
and they taught the students as volunteer at Surya Bharti School.

It was Study Tour of Angel Aid Association.

The representative of AAA, Tomato mama came to Bodhgaya for 6 times.

This time, former principal and college students participated in the tour.

Please watch and enjoy the video!

You can find lots of smiles!

Library Hall was constructed and donated to Surya Bharti School in Bodhgaya, India!

Carpenters from Japan came to build the library!

The students and, the ex-students, and their guardians also helped the work as volunteers.

Day 1 2 hours in the evening, the base of the pillars completed.

It was rainy season in northern India, they have been working in intermittent rain.

Wooden parts and metal parts were shipped from Japan!

About the parts of the base, local carpenters built it.

They built the base by local way.

This is the video local carpenters built the base.
↓

Wooden parts were transported by 3 trucks from the port of Kolkata.

The trucks arrived Bodhgaya after 24 hours.

We used crane to lifts the things down from the truck.

This is the video of the crane
↓

This video was recorded when the roof construction started.

2014, there was historical heavy rain disaster in Bihar state, and Surya Bharti School had also beg damage by heavy rain.

This was the damage.

Previous roof was old small tiles, and got damage not only heavy rain but also by the earthquake happened in Napal.

Therefore, we had stopped whenever it's heavy rain students had to put all the textbooks and notebooks away form desks because rain water powered down from the roof.

Not everyday is raining, but it caused disturbing the classes.

The roof construction completed in July 2019.

New roof is made of concrete, the ceiling is high, it protects students not only from heavy rain but also from the heat in long summer season.

All the students and teachers of Surya Bharti School express great gratitude from our deepest heart to the support from El Cantare Foundation in Hawaii.