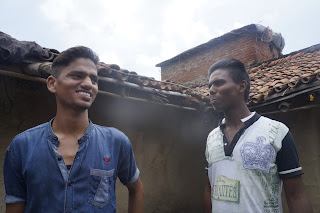 2 of my students C and N passed N4, and 1 student V passed N5 in the Japanese language proficiency test (JLPT) held in Delhi in July.

Next JLPT test will be at the beginning of December. We only have 3 months till the next test!

I have already made the study schedule for September, October, and November.
For about 3 months, we will concentrate and study Japanese everyday.

We have to study at least 12 pages of the text books everyday.

I hold sample tests every Sunday.

I hold Japanese class for students for N5 and beginners on every Sunday morning, so while I am teaching them, the students of N3 and N4 can take a test. I would then check their answers and explain to them in the afternoon.

We played a game in the class on Sunday in August.

Ms.T and Ms.N participated in our class as volunteer teachers from Angel Aid Association.

We played a game in which two groups of the students competed to get Hiragana cards and make Japanese words with the cards.

We explained how to play the game to them, but they weren't used to play such games, so they broke the rules many times, and we had to explain again and again.

It was unexpectedly fun!

From now, the students who are aiming to get N3, N4, and N5 have started to study seriously.

If you support our activity and cheer them up, it will help us a lot. Thank you! 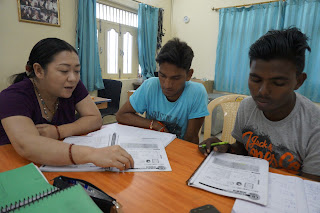 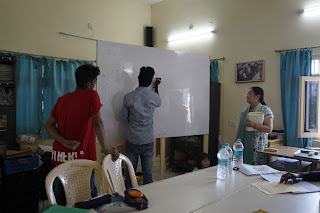 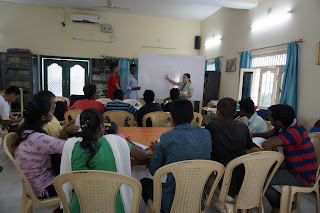 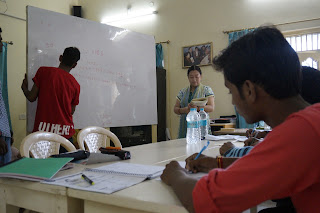 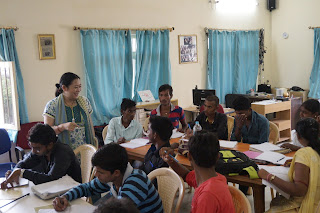 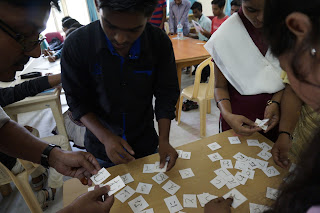 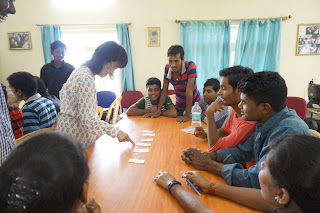 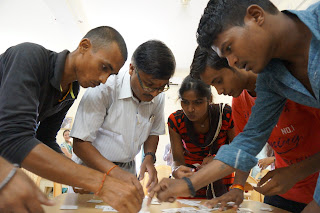 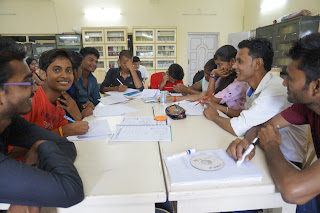 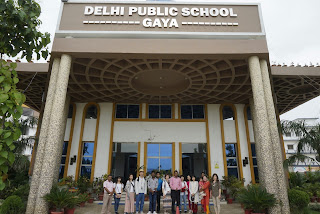 Some members of the study tour requested that they would like to visit a private school besides Surya bharti school, so we visited DPS (Delhi Public School) which is a famous private school in Gaya, on 12th August 2016.

The buildings had 4 stories with toilets on every floor and the class rooms were very spacious.

Principal sir guided us around the school.

He showed us the classes of nursery, elementary, and junior high.

We greeted teachers and students in some classes.

Students in an elementary class were painting pictures related to Independence day of India.

There were bulletin board in every class.

Group lists, students lists for buses, pictures painted by students were pasted on it.

It had very unique colors.

We found white boards which were connected to computers beside black boards.

There were projectors attached in every class.

We saw Taekwondo (martial arts in South Korea) in a sport class.

Hundreds of students were watching magic show on the ground floor.

This school holds various events around 15th August every year.

There was a ground and a park with facilities like slides in Japan.

Principal sir brought us to show a swimming pool which was under construction.

A member of our tour asked him, "What kind of swimming suits will your students wear?".

He replied, "We are planning that it will be with long sleeves not to show their skin and  boys and girls will have swimming classes in different times."

He later explained about the plants planted in the school.

He said that there are more than 1200 kinds (maybe 12000?) of plants, and they are applying to register in Guinness World Record.

Lastly we talked with principal sir about lots of things in his office.

He said that the Motto of the school is "Service before Self". They teach students the importance of serving others before thinking about oneself.

It is recognized and affiliated with CBSE (education system given by Indian government) and provides high quality education of the same level as in private schools in Delhi.

The teachers teach students in English for all subjects except Hindi and Sanskrit.

There are 3 languages that are taught, which are - Hindi as mother language, English as second language, and Germany as a third language.

Principal sir said that he and the board members of the school are thinking about introducing Japanese as a fourth language in the future.

DPS was established in 2013, and it has been only 3 years since then.

I had met vice chairman of this school in a train just after the opening of the school.

He said that they don't use AC in  classes because it is bad for health.

Through the discussion in the train, I found that he has very firm ideas of education system for the school.

I'm very happy to know that this kind of school has been established in Gaya,

Though our Surya bharti school can't compete with this school in terms of its buildings, I think that it has good quality education no less than this school. 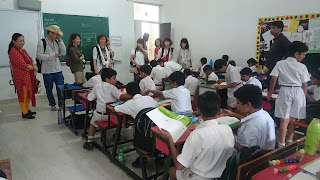 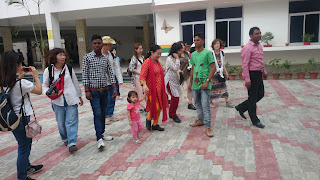 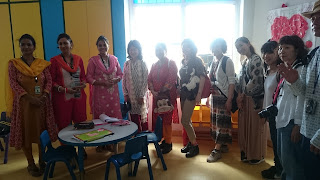 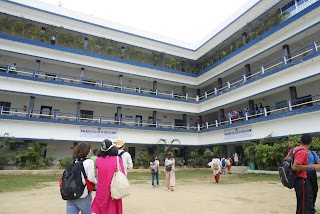 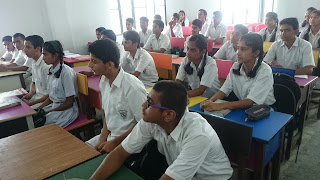 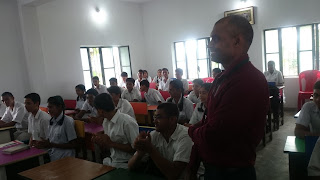 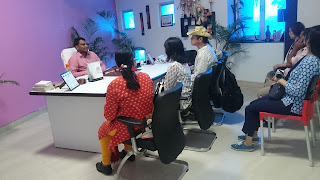 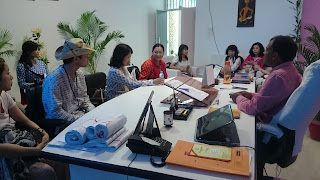 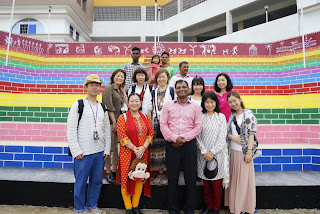